1st Tuesday of the Month at  the Belleair Country Club 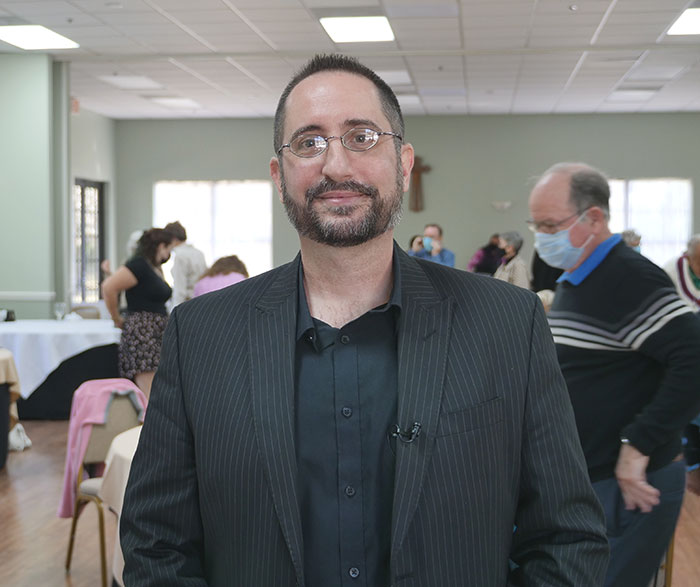 More about The Mission

We are here to HELP expectant fathers who have been silenced, and are hurting emotionally and psychologically due to the murder or proposed murder of their unborn children by working with attorneys, politicians, educators, and community leaders to advance the rights of expectant fathers. A large part of our mission is to create awareness and dialogue both socially and politically to address and CORRECT the fact that expectant fathers have ZERO rights pertaining to whether or not their unborn child will be born or aborted!

LEARN MORE ABOUT THEIR MISSION

Please RSVP within 5 days of the event. If you cannot make the luncheon, but RSVP’d you would be there, please find someone to replace you and let us know.

Elliott Cohn is the president and cofounder of Expectant Fathers Without Voices. (EFWV) A pro-life nonprofit focusing on the pain and helplessness abortion causes good men due to the fact that they have absolutely zero legal rights to protect their pre born children. After experiencing two “forced” abortions (both were planned pregnancies) in his younger life while working as a full-time professional musician and audio production engineer, Elliott realized he could no longer run from the pain that he was told he was not allowed to express simply because he was a man. He started doing research and quickly realized that there was a great need for an organization like EFWV. Millions of men across the United States and the world were all feeling the same way, and something needed to be done to combat the lies of the abortion industry while promoting unity between men and women and helping to preserve the family unit. See the bottom of this page for more info about Elliot & his misison.

Most of his music career was spent surrounded by what we have now come to recognize as the far radical left. Elliott never identified with those values however given the style of music he played found himself to be constantly surrounded. One of the benefits to all of this exposure to radical left ideology is that Elliott personally understands what we in the pro-life community are up against, as he has seen and heard it from the inside. Elliott was raised in a home that was not particularly religious, but that did promote good Judeo/Christian values.

In 2011 Elliott gave his life to Christ and has been a faithful follower ever since. He is and always has been very pro life, patriotic, and enjoys studying history, and being a martial arts practitioner. Elliott has also put his musical talents to work for the pro-life movement, and will be releasing a new CD in early 2021 in hopes that addressing the issues through music will help to change hearts and minds and end scourge of abortion.

As executive director, Peggy wears many hats at Solve, managing program services and daily operations, while also working to expand the number of homes, programs and services to meet the…

by Janine Marrone We have heard it often in the Mass and throughout the liturgical year: “protecting life from natural conception to natural death” is a stalwart of Catholic teaching.…