REGISTER FOR THIS EVENTTHIS EVENT'S DETAILS

Luncheons 4 Life provides a casual forum for defenders of the unborn to get to know one another and understand all of the resources available in our community. It's for churches, ministries and service providers of all kinds. It's also for individuals seeking their own roles in pro-life ministry. The free lunch is meant to bless those who give their time and talents to the work and to build the unity which will multiply our impact. It's always on the second Tuesday of the month. Doors open at 11:00 am and the program begins at 11:50.

RSVP prior to 5 days before the event.

RSVP THROUGH OUR SITE

Servants of the Pierced Hearts of Jesus and Mary

Sister Maria Jose Socias, SCTJM (Servants of the Pierced Hearts of Jesus and Mary) was born in Santurce, Puerto Rico and raised in Dominican Republic. She is the first child of a family of one boy and one girl.

Sister Maria Jose entered religious life in 1990 after meeting Mother Adela, the Foundress of the Religious Institute Servants of the Pierced Hearts of Jesus and Mary, during a mission trip with some other sisters in Santo Domingo, Dominican Republic. At that time, Sr. Maria Jose was finishing medical school. A month later she felt moved to visit the Community. During her visit, she confirmed that she was called to be a religious. She entered the convent and made her first vows in November 1991.

Through the years of ongoing formation, besides the Theological, Spiritual and Apostolic formation given in the Institute, she has had studies in Catechesis at Catholic Distance University, earning a Catechetical degree; The Pontifical University of Mexico earning a Certification in Liturgy, in addition to other workshops, conferences and independent studies. Currently she is studying a Masters in Spirituality at the Avila Institute.

From 1990 to 1996 she worked as a Pre -K teacher in Our Lady of the Rosary Daycare Center. In 1997 she began working at the Respect Life Office of the Archdiocese of Miami where she was trained to be a counselor for the Emergency Pregnancy Center and also as a Project Rachel counselor. For 7 years she helped organize and participated in the Chastity Day program given to the 8th graders of the different Archdiocesan Catholic Schools. Beginning 2008 she served for 6 years as the Middle School Religion teacher of Blessed Trinity Catholic School in the Archdiocese of Miami. She is currently the Mistress of Novices for her Institute.

Sr. Maria Jose is also a member of the preaching team of the religious Institute and has participated in Marian and Eucharistic Conferences, retreats, and parish missions in the USA and abroad.

RSVP prior to 5 days before the event, please!

RSVP THROUGH OUR SITE 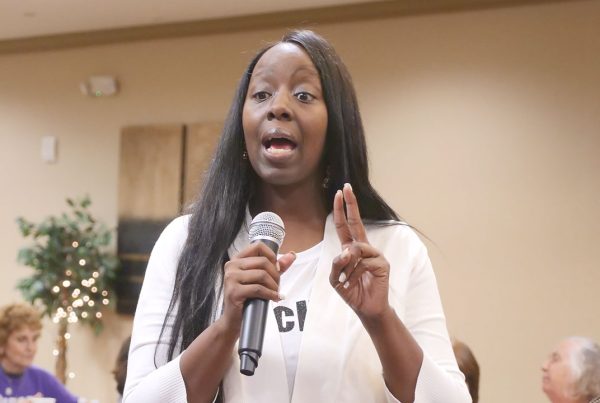 Davetta Kelsey was born in Jacksonville, FL on October 25, 1984, and was born again on December 1, 2012. She has been a faithful member of Fresh Wind Ministries since…

Heather is the Clinic Manager for PRC North Clinic in Fort Myers. It may seem unusual that Fort Myers is North, but PRC was started in Naples. PRC Vision: A…